All About Economy Film Days, Bucharest

Hosted by: the University of Bucharest

All About Economy Film Days, Sofia 2018

Hosted by:  the New Bulgarian University

Our third edition of All About Economy Film Days Festival was held in Sofia from 25-27th October 2018.

Below you will find further information about this event.

Details of the event in Romania

Details of the event in Poland

The need for renewal

One of the consequences of the economic crisis of 2008 was the loss of confidence into so-called “mainstream economics”, as taught at universities around the globe, as it was neither able to foresee the crisis, nor to propose effective and uncontroversial countermeasures. Its overly abstract and mathematized language is today criticized for being too remote and cryptic.

An economics for the people

There is a growing demand for an economics striving for clarity, methodological pluralism, social responsibility and ethical sensitivity – a social science willing to incorporate the broader concern for the common good into its theoretical edifice, and able to explain the consequences of economic decisions to a wider audience.

For the economy concerns us all – its discussion must not be restricted to specialists. Better-informed citizens are a prerequisite for sustainable development.

Film as a didactic means

The organizers of the All about Economy Film Days are convinced that films are a suitable medium to involve students and a wider public into economic topics, as films are able to elucidate ethical dilemmas and pair facts with emotions.

What should the economy of the future look like?

The festival wants to spread optimism and illustrates attempts to bring about change. For it is possible to improve the economic environment, in which we live and work.

Presentation of the event for our partners

Prof. Paweł Dembiński
One of the consequence of the economic crisis of AD 2008 was the crisis of confidence besetting so called “mainstream economics”. Economics, as lectured and taught at the leading universities around the globe, was neither able to foresee the upcoming crisis nor capable of proposing any efficient and uncontroversial countermeasure. International outcry ensued, blaming overly abstract and mathematized language of contemporary economics for being too remote and cryptic for an average citizen. The aim of domesticating the economics as science is the starting point for this conference.

There has been growing public demand for an economics, in which there is a place for clarity, methodological pluralism, social responsibility and ethical sensitivity. An idea was subsequently born that a new public image of economics has to be created, which would be able to explain the consequences of certain economic decisions to the wider audience and laymen and to incorporate broader concern for social good into its own theoretical edifice.

Understanding the importance of this problem prompted professor Paul Dembinski from Fribourg University, Switzerland, to start AREF (Association for the Renewal of Research and Teaching in Economics and Finance), in which leading Swiss specialists in economics and finance has been gathered together to popularize knowledge about those two disciplines. Professor Paul Dembiński proposed Faculty of Management and Economics at Gdańsk University of Technology to cooperate in organization of film meetings on economy and economics. Such initiative fits neatly within the strategy of the Association, since primarily the event’s goal is to disseminate knowledge about economics and financial markets in an unconventional and intelligible manner.

Film seems to be the medium cut out to fulfil this lofty educational and enlightening mission. Both documentary and feature films explain perfectly mechanisms and intricacies of economy and world of finance, enabling simultaneously to comprehend point of view of various social actors, their perceptual and cognitive frameworks and their guiding moral principles. Films affect the viewers, provoke discussion, arouse curiosity, trigger interest and sensitize the viewers to the importance of economic issues.

Formula of the conference

Fictional films module consists of a lecture by one of our keynote speaker which discusses certain aspects of a modern economy and economics, next illustrated by motion picture.

9:00-9:30, Hall 310 Official Opening with the participation of H.E. Muriel Berset Kohen, Ambassador of Switzerland in Bulgaria 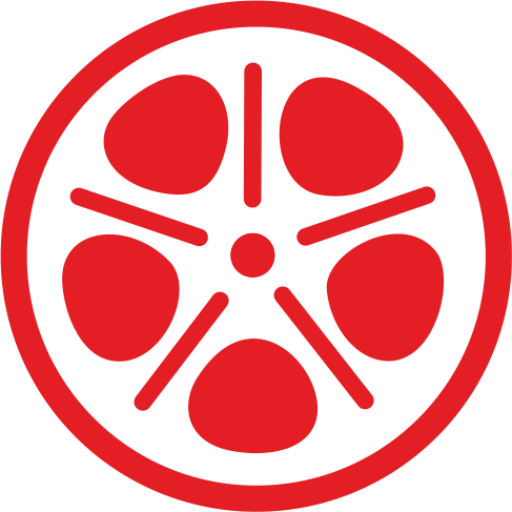 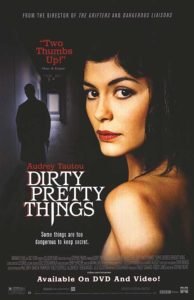 In the center of London sits the famous luxury Savoy Hotel off the Strand. Nearby are the seedier and unknown hotels. The fictitious Baltic Hotel is one of these. This West London hotel caters to the cheaper tourist. But it is here that illegal activity and illegal immigrants come together. Prostitution, drug dealing and worse, dirty things take place amongst the pretty chambermaids: dirty pretty things.

Visit and Presentation of the firm Reichle & De-Massari Bulgaria

Visit and Presentation of the firm Reichle & De-Massari Bulgaria

R&M (Reichle & De-Massari AG) has developed and produced cabling solutions for high-end communication networks since 1964. With its high level of product quality and innovative, forward-looking system design, the company ensures that networks are future-proof and investments secure for the long term. 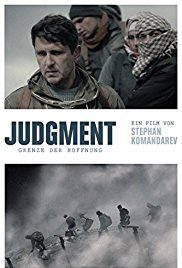 This is the story of Mityo and his son Vasko, who live in a poor area near the Bulgarian-Turkish-Greek border. Mityo has lost his wife, the respect of his 18-year-old son and the job that enabled him to pay off the loan for his mortgaged house. Desperate, he accepts a proposal from his former military commander to smuggle illegal Syrian immigrants across the border he once had to defend. The road leads across a peak called The Judgment, a place full of dark memories from thousands of years of history, but also from Mityo's own past. The revelation of his terrible secret will force him to face the past, in order to regain his internal peace and find forgiveness from his son.

Vote for the best film → 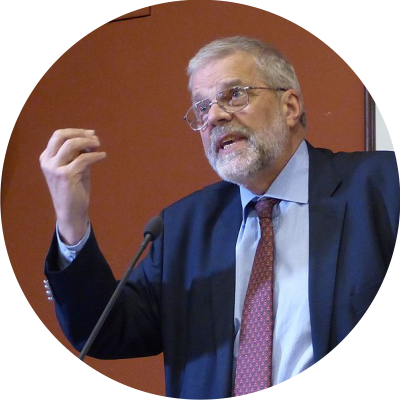 Swiss-Polish economist, professor at Fribourg University, where he occupies the Chair of International Strategy and Competition, head of the “Observatoire de la Finance” in Geneva, founder of the Institute of Economic Research Eco Diagnostic. An expert on behalf of international organizations such as OECD and UNCTAD, he also conducts studies of Switzerland’s economic fabric. He is the initiator and Vice-President of AREF (Association for the Renewal of Research and Teaching in Economics and Finance). 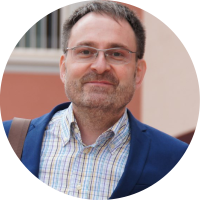 As a specialist for the renewal of didactics in economics, he recognizes the value of films to affect the viewers, provoke discussion and sensitize to the importance of economic issues. As a business consultant, he has the role of an interface between internationalizing Swiss companies and the economic environment of East and Central European countries.
www.michaelderrer.info 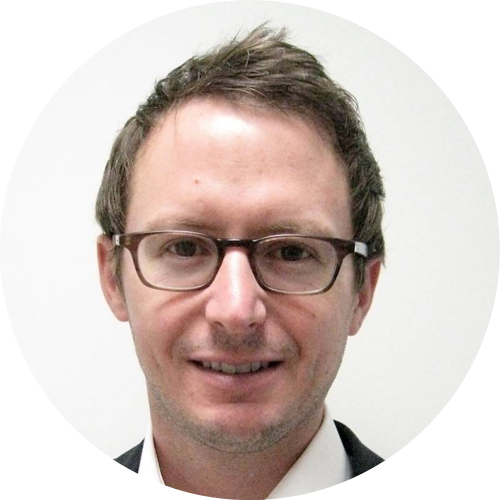 Director of AREF, the Association for the Renewal of Research and Education in Economics and Finance, and Author of a book on “Money and Citizenship”. 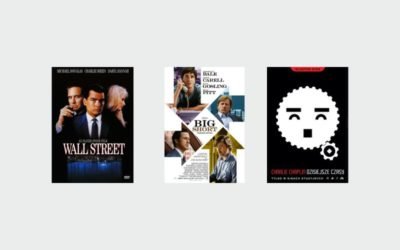 2019 BUCHAREST EDITION OF “ALL ABOUT ECONOMY FILM DAYS” ANNOUNCED FILM AWARDS: Jury prizes and honorable mentions were presented at a closing ceremony on April 12. The Best Documentary Film honorable title was awarded to: A World Without Money (Director: Hanspeter... 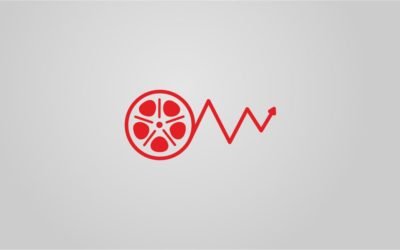 Video Footage of the Previous Event in Gdansk 2017

more news
The Festival takes place at the New Bulgarian University which is situated in Ovcha Kupel, a district in South-West Sofia, at 21 Montevideo Street.
map 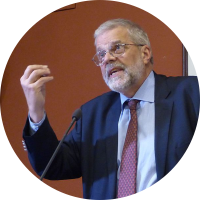 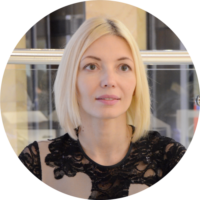 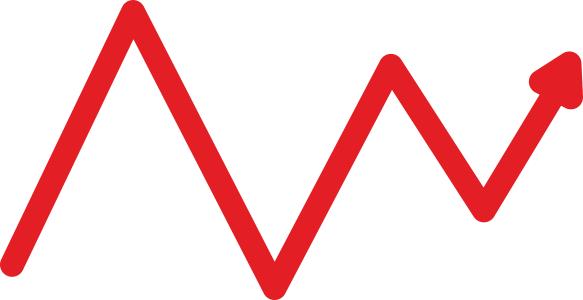 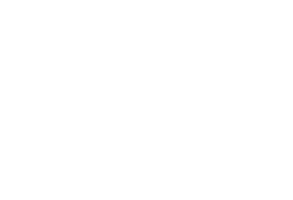